Pakistan is now celebrating the second Eid holiday of the year, which is a little quieter than last time around and has a lot to do with goats. This Eid marks the end of the Hajj, the annual Muslim pilgrimage to Mecca and commemorates the sacrifice of an animal that Abraham made instead of his son (thus the goats). The most interesting thing to me about this Eid is the way that old religious traditions adapt to a new, urban environment. The point of the goat is to make it feel like a real sacrifice: you’re supposed to bring it into your home, love, feed, and pet it, let your children grow attached, and then kill it. Letting the butcher do it someplace far away is a no-no. Thus last week, Islamabad was a city of goats. Goats tied up outside apartment buildings, in parking lots, being walked around the neighborhood at dusk by groups of kids. Like a final week of fun before the end. My friends who grew up here talk fondly of Goat Week and how much they enjoyed having their goats as pets before Eid, and how much they cried when the goats were killed. Apparently the system works. Once the deed is done, one-third of the meat goes to the poor, one-third to relatives and neighbors, and one-third to your own family. This ensures that the poor get to eat meat at least once a year. You might say that the goat tradition seems a little sad and cruel, except that it totally reminds me of our own annual festival of turkey sacrifice that occurred just a few days ago. […] Read More 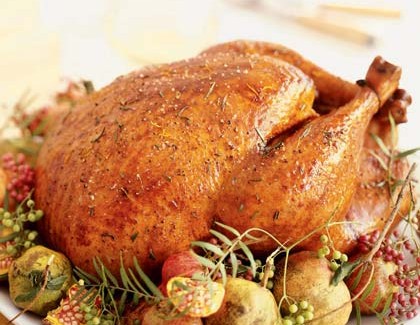 Thanksgiving is by far my favorite holiday. I have an extensive list of favorite recipes I like to use, and I am in full support of a holiday whose sole purpose is gathering together to eat yummy food and feel grateful. Things may be a little different this year. Not because I don’t feel grateful, but because I live in Pakistan where our quaint American Turkey Day ways don’t apply. Here is a short list of things I am most worried about sourcing in time to cook the big Thanksgiving feast I am planning: Cranberries Fennel Sausage (we’re in a pork-free country, remember) Butternut Squash Goat Cheese Apple cider (to brine the turkey) About 100 other essential Thanksgiving items Things I am not worried about: Turkey. Thanks to my friend Jamie who is working at the Embassy, I scored a nice Butterball from the commissary that even now awaits the big day in my freezer. Thanks Jamie! Pomegranate seeds (for my famous goat cheese & pomegranate salad). It is pomegranate season here, and the big, fat pomegranates that lie in heaps on every corner put all of our sad little American versions to shame. I drink fresh pomegranate juice here almost every day when I am traveling. Ginger, oranges, cloves, peppercorns (key ingredients for turkey brine). They do spices well in Pakistan, and we’re coming into citrus season now. Update: I went to a highly-recommended veggie stand in F-10 today and found the following treasures–shallots! arugula! And a large gourd like none I have ever seen that nonetheless should stand in nicely for the butternut squash. We’re in business. […] Read More 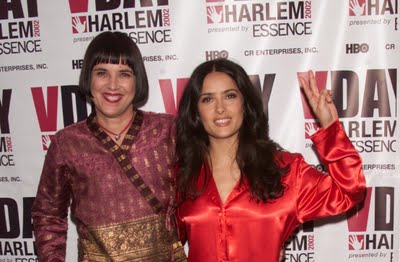 Sometimes I am shocked by how normal my life is in Islamabad. Go to meetings, work in front of a computer, hit the gym, run by the grocery store for a dozen eggs and some broccoli. On these days I think, other than wearing pants under all my dresses (=how to turn American clothes into shalwar kameeze) and having my own driver, I could almost be living in a U.S. suburb.  Except for nights like Monday, when I had dinner with Eve Ensler at my friend Dania’s house. Ensler was visiting the region as she often does as part of her campaign to end violence against women around the world. She is most famous for writing the play “The Vagina Monologues” and, although I did not ask her about them, is friends with all sorts of famous women like Susan Sarandon and Oprah who star in productions of her play. She is an extremely cool woman and someone you would definitely want in your bookclub, your yoga class, or your extended family (although it rarely works out that way). After dinner, Dania gave us all an impromptu belly-dancing lesson and I had an extra thick piece of delicious date cake with custard for dessert (okay, so some things remain constant). […] Read More 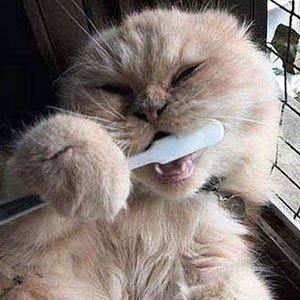 To Brush or Not to Brush?

I’ve always said the most dangerous thing in Pakistan is the food. But perhaps it is time to also add “the water.” First of all, let’s be fair: it’s been a long time since I’ve gotten sick from any cause at all in this country. (Why do I tempt fate like that? why?why?) Ever since I’ve arrived, I’ve examined every stick of celery, every unwashed apple, and every dish containing mayonnaise with an eagle eye of doubt and mistrust. All the while, however, I have been blithely filling my mouth every morning and every night with something that I have recently been told is far more dangerous: untreated, unchlorinated tap water. There is a cute little notice in one of the hotels I frequent that says “Tap water is unsuitable for drinking.” This is putting it mildly. Like those college trips you took to Mexico, you’re not supposed to drink the tap water here. Or eat lettuce that is wet from being washed in it. Or let a piece of ice float in your drink that has been made with it. I totally get it, and I have been diligent. Except for one exception: I brush my teeth with it every day. No, I don’t swallow it. But doesn’t a teeny tiny little bit of it go down in the process? And is it possible that, perhaps especially during monsoon season when waterways flood and septic systems run haywire, a little bit of that teeny bit might have nasty things in it? This is the question I am thinking about today, when what I should be thinking about is the media outreach workshop I need to put […] Read More

Perplexing Question of the Day about Pakistan

Why is it, in a country often lauded as being as IT-savvy and advanced as India or the United States, THAT I CAN’T PAY MY BILLS ONLINE IN PAKISTAN?This is a mystery to me. No online bill payment, period. Not your phone bill, not your electric bill, not your rental car, not your gallons of clean water to drink bill, not your super cool Wi-Tribe bill. What is Wi-Tribe, you ask? Just a great little service that lets you connect to the internet anytime, anywhere in Pakistan’s major cities using just a little gadget on your laptop for only about $15 a month. Cool, right? Progressive, cutting-edge, technologically modern and up-to-date? Until you have to march down to the store to wait in line for 40 minutes to pay your bill, in person, in cash every month. What? Does anyone have any answers to this one? […] Read More

One thing that is the same all over the world? McDonald’s. Well, kind of. The ubiquitous McDonald’s sundae is actually a hundred times better at its Islamabad outpost: the ice cream is creamier and the whole thing is drowned in hot fudge (U.S. franchises being stingy when it comes to toppings for some reason). There’s another difference: remember when Big Macs came in styrofoam, Madonna and Cyndi Lauper were battling it out for supremacy, and you had never heard of global warming? You don’t have to imagine that here. Except for the Cyndi Lauper thing. Pakistan is very up-to-date when it comes to pop music. And finally, there’s one item on the menu that lets you know you’re not in Kansas anymore: the “McArabia” sandwich. McDonald’s answer to local ethnic food is a vaguely Middle Eastern chicken wrap. I haven’t been brave enough to try this yet. Of course, these days I don’t know if I’m brave enough to go to McDonald’s. It has, you guessed it, recently been added to the list of places likely to be blast targets. I’ll be finding my cheeseburgers elsewhere for awhile… […] Read More