The last time I was in the U.S. during a presidential election—2008—I got myself right on the front lines, moving to Ohio to volunteer for the Obama campaign and watching each twist and turn of the campaign with breathless excitement. By the time the 2012 election rolled around, I was living in Botswana with my husband and baby and couldn’t even stay up late enough to watch the returns come in, so I didn’t find out who the winner was until morning. I cared just as much, but living abroad I was too far away to do anything besides cast my vote in the mail.

Watching your home country’s elections from overseas can stir up a lot of feelings, especially if your preferred candidate isn’t doing so well. Here are the seven stages of grieving for the expat voter, explained, to get you through that difficult period when you’d like to fly home and beat some sense into your fellow Americans.

1. Shock. Perhaps you were paying too much attention to the internal politics of your new country or were busy watching rugby or cricket or whichever non-American sport you’ve started to follow now that you live overseas. Whatever the case, you looked up one day to discover that the most popular candidates for president weren’t the ones you’d hoped or predicted, and you can’t believe your eyes. Surely America will come to its senses, you think, and pick the leader you believe the country deserves.

2. Denial. Once the shock wears off, denial comes next. At this stage it will be easy to dismiss your party’s candidate du jour from your overseas seat, assuring friends in your foreign country that it’s all a big joke or momentary distraction that will soon go away. In a few days/weeks/months, the electorate will come around and you’ll see your favorite candidate on top of the polls. 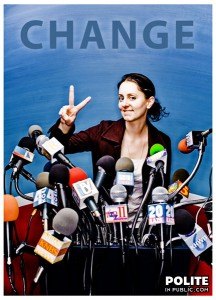 3. Bargaining. It turns out that the candidate you despise wasn’t a fluke after all and the situation is starting to look more dire. At this point the wheels of bargaining begin to turn and you consider what action steps you are willing to take to make it all go away. Can you move home and volunteer for your favorite candidate’s campaign in a swing state? How many hours can you devote to working your fellow expats into a lather to make sure they turn in their absentee ballots on time? After all, there are more than 5 million Americans living overseas! We can make a difference!

4. Guilt. Really, this is all your fault. The current election craziness in America must be punishment for your complaints about government inefficiency and bureaucracy in your country of residence abroad: a sort of reckoning from the universe to remind you that your own country isn’t perfect either. If you promise to never say another negative word about the interminable wait to get a work permit in Botswana or the frequency of government corruption in Pakistan, will things in the U.S. settle down and go back to normal?

5. Anger. No, it looks like they won’t. In that case your only legitimate response is rage! Since you’re far from home, your impassioned politicking will have to occur on Facebook and your shouts will be of the Twitter variety, but that won’t make them any less loud thanks to ALL CAPS. During this stage, protracted social media wars will prune down your list of friends and followers while family members insist you can’t really understand the situation because you don’t live in America anymore. Your slow Internet connection doesn’t stop you from posting endless campaign clips extolling the virtues of your candidate, and the Internet’s 24/7 stream of infuriating information means your anger can boil into white-hot frustration even thousands of miles away from robocalls and campaign commercials.

6. Depression. But anger takes a lot of energy to maintain, so yours quickly flickers out and ushers you into the next phase. You’re feeling a bit sleepy now and anyway, what is the point? The die has been cast and your favorite candidate has let you down, like all people eventually do. You suddenly have no faith left in the political system at all and instead glumly observe America’s inevitable downward spiral out of world influence and power. It’s just as well you moved overseas: You’ll be out of town when the slow decline of U.S. power and respect in the world speeds into a slide. 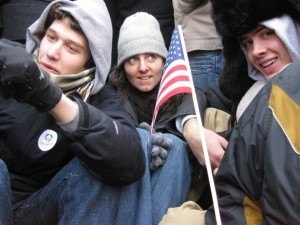 7. Acceptance. On the other hand, you were horrified that other time when the other guy won the election, and America survived that, didn’t she? Maybe your home country is more resilient than you think. Maybe no matter which crazy person or party is elected, your country has decent enough systems in place to withstand the upheaval, and the republic is not in imminent danger of falling after all. Maybe you can even call yourself lucky to be able to disagree so vociferously about what is right for America, knowing that your freedom to express differing opinions with respect is part of your birthright as a citizen. Maybe, no matter how unsettled you are watching the fracas from abroad, you can still be proud of your country from afar for holding free elections, for the faith we all have that regime change next November will take place without violence with the will of the majority calmly instituted, even if millions disagree on the qualifications of the winner. Surely that’s something to celebrate, no matter what country we’re in.

A version of this post first ran in the Wall Street Journal Expat on April 5, 2015.