Right now where I live, in Islamabad, the wide, clean streets are dry as a bone, the air is clear, and the sky is sunny. In the rest of Pakistan, massive and continuing floods are threatening to take over the whole country. It’s been raining a lot here in town over the last few weeks too, but Islamabad is in a secure little spot nestled right at the foot of the Himalayas so we’re on high ground. The most flood-related inconvenience I’ve had to endure was stepping in heels over a 4-inch deep puddle in the driveway of my office, which disappeared pretty quickly.

Does everyone around the world know how bad the flood disaster in Pakistan is? It has already affected more people than Haiti’s earthquake and the Asian tsunami combined, but maybe because it is a slower disaster, it’s a less exciting story for the media. There isn’t one, dramatic moment of destruction where the buildings fall or the wave hits the shore. Just hour after hour of unrelenting monsoon rain, water inching up slowly and then faster to cover people’s homes, possessions, and millions of acres of crops. The death toll will climb more slowly as well. The first case of cholera was reported today, and children are already dying for that slow, very undramatic reason of lack of clean drinking water. The aid pledged for Haiti and the tsunami victims was in the billions; here the total pledged is about 209 million so far.

It certainly doesn’t seem fair that Pakistan has to face this, as if natural disaster ever is fair. (Although how “natural” is this, or the Russian heat wave and mudslides in China that are also happening at the same time? Massive drought, flooding, and other erratic weather disasters have been predicted by climate change specialists for years and now we are watching it happen. It was also predicted that it would hit developing countries with large populations the hardest.) Pakistan and its 180 million people have already been through enough, I would say, but the flooding is now putting the country back 100 years by some estimates.

My project was in the middle of rehabilitating fish farms in Swat, the region damaged in Pakistan’s conflict with the Taliban last year. In the spring of 2009, the Taliban came into villages, killed “resistors,” destroyed buildings, and dumped poison into trout and carp farms. One of the fish farm owners told us how the Taliban came into his home, killed all his fish with poison, and cut off his arm. But he didn’t want to give up on his farm, so we were working with him and 39 other fish farm owners to rebuild the fish raceways, get high-quality fish feed, and get the industry going again. The flooding washed away ten of the 40 fish farms completely. Many more are damaged, but because so many bridges are out, we can’t even access all of them to find out how badly.

Boston.com has done a great series of photos on the flood; I’ve been very proud of the newspaper of my adopted hometown and their coverage. Here are also a few photos taken by someone I know here who organized a collection to buy food for displaced families. 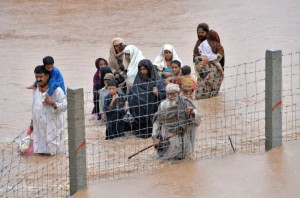 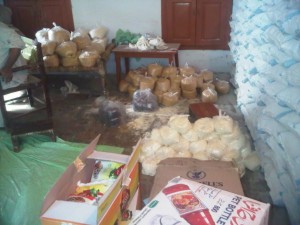 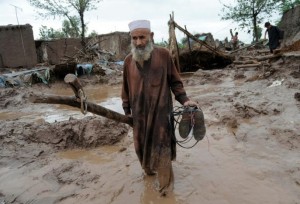 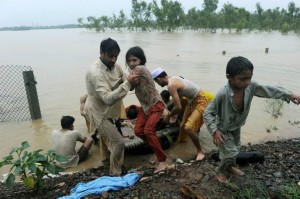 My impression from my friends in the U.S. is that overall this isn’t getting a lot of attention. Or not as much attention as say, the quitting Jet Blue flight attendant. This is strange. Does anyone have an explanation for this?
Share this post on your social platform !