Two Kids & the Kindness of Strangers

Two Kids & the Kindness of Strangers

I think the low point was me in the courtyard of the mall trying to wrestle Denton under the nursing blanket when he peed out of his diaper, soaking both of our laps, while it simultaneously started raining and Lila darted out of the drugstore alone brandishing a roll of stolen Christmas wrapping paper like a triumphant warrior. (She’s been watching too much Mulan.)

The scene went down this afternoon in the open air courtyard of the Woolworths shopping mall in upscale Hout Bay, South Africa. I guarantee it is not a place that sees many harried half-topless women struggling to feed their infant or preschoolers running rampant without adult accompaniment. 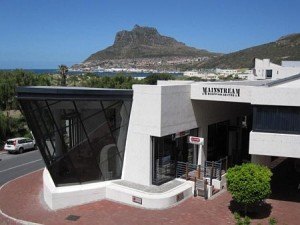 Today was supposed to go much differently. We were all headed to “Cool Runnings,” an outdoor tobogganing racetrack as a surprise for our nanny’s birthday the day before. Getting out of the house for that adventure was a nightmare: both kids crying, blankets and keys and shoes misplaced, everyone crabby and tired and disorganized. We finally got in the car for the hour-long ride after I wedged myself in between both car seats in the back and plugged into my traveling breast pump so I could have some milk ready for the journey without us having to stop. I had only managed about an ounce when Drew said “We have a problem guys” and turned the car around to come home. The power steering had mysteriously vanished, making it hard to turn even the easiest corner and making the ride back to the house a treacherous one. When we got back we also realized Drew’s phone had suddenly stopped working so he couldn’t contact the auto repair place that we had just paid $1,800 to last week to get the car “fixed.”

Plan aborted and car-less, we quickly came up with Plan B as Lila started crying about having to come home again. Drew and I decided to walk to the Woolworths shopping center with the kids and pay a visit to the toy store. (Toy store = solution to all of life’s problems, no matter how many kids you have.) While there, we would also have to get food for lunch and dinner since there were no groceries in the house and as already noted: we had no car.

Our new family of four headed off boldly in the direction of the mall, Denton snug in a carrier on my chest and Lila riding high on Drew’s shoulders. We got there and did some errands before things predictably went south less than an hour in. Drew was busy getting frustrated at the customer service rep at Vodacom for being utterly unhelpful about trying to fix his phone when Denton woke up hungry and full of pee and Lila charged off on her own to do a little shoplifting. After I fed Denton and Drew reappeared to reign in Lila, we decided to hightail it out of there as the sky was quickly gathering angry-looking storm clouds and a few drops had already started to fall. I’m not sure whatever happened to the Christmas wrapping paper roll.

We charged off across the parking lot at the exact same moment that the skies opened up and it began to pour. Lila had woken up this morning with a runny nose and hoarse voice, and I shouted at Drew “Lila’s going to get pneumonia!” Not to mention my poor three-week old baby who was about to get soaked and/or catch Lila’s cold, which sounds like a terrible idea at this point.

Just then someone started honking at us vigorously and I was about to turn around and yell at them to leave us alone before I realized it was a concerned-looking woman gesturing at us to get in her car. Her two kids scrambled to the front seat and I didn’t wait for her to ask twice. I hollered to Drew and Lila to follow and we all clambered into her small Honda as the rain came down in torrents and she explained that she couldn’t let us get wet with a baby that small. She drove us home past overflowing street gutters while I thanked my lucky stars for friendly South African strangers and a sense of humor to get us through afternoons like this.

New Baby in Another Country: My Cape Town Birth Story