The most African thing about my life every day is my commute home from work. Because of a large concrete road divider on the main road to my house (see photo above), you can’t turn directly from the street to get to my place. Instead, you have to turn off the road 1/2 mile earlier, wend your way through rutted back roads full of children and chickens, and make about three unmarked left turns and four right ones to finally get to my driveway. I realize this makes no sense in print and I really need to draw a diagram.

But this forced detour from the slick highway and exposure to a real middle-income African neighborhood reminds me that I’m not living in Phoenix or a downmarket Californian suburb, which is what most of the small capital city of Gaborone looks like.

Long ago the town made a conscious choice to implement “mixed housing” in Gaborone rather than class-segregated neighborhoods, so the nicer, bigger houses (of which mine is one, even though the rent is only a $1,800 a month) are just one street over from modest shacks and a few hovels. Gated houses with electric fences are a stone’s throw from dusty compounds with four or five tiny houses on one plot.

These houses all share one bathroom, which is stranded out in the middle of the compound in a tiny building of two rooms each the size of an outhouse: one with a toilet and one with a shower. It is strange to think about my house having four bathrooms when next door twenty people share one. 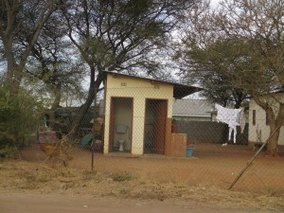 Last night on the way home from a late dinner I bumped down the roads to my house that I generally only take in broad daylight, driving very slowly as usual to avoid the gaping potholes that make my car’s undercarriage shudder. At 11 pm there were no children or chickens, but there were a dozen prostitutes wearing tiny skirts and thick heels, displaying one leg to the shine of my headlights as I passed. I know there were a dozen because I counted. I was too surprised to do anything else but count them: I wanted to know exactly how many prostitutes work in the neighborhood behind my house.
In this maze-like backlot is where I also ran into a low cement ditch railing and popped the tire off my car not long ago. These dusty back roads are where Lila used to run around with her nanny every morning pointing in excitement at the “cheep-cheeps” until she got too big to be excited by live poultry anymore. And it is where, every day, I encounter the happiest people that I see all week. Morale at work is low; the project is moving and then closing before too long and the office is full of somber people just waiting for the axe to fall. But once I leave the orderly building with his silent hallways full of fluorescent light, crank my radio up and bump and roll my way through the last five blocks home, I see plenty of happy people. 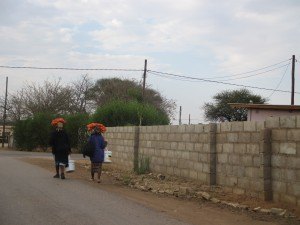 They are playing kickball in the dirt, they are sitting two-by-two, legs swinging and arms interlocked while discussing their day, they are walking to their neighbor’s house to shoot the breeze or borrow a cup of sugar or whatever the African equivalent would be for that. (Actually, it’s probably still sugar. People like their tea very sweet here.) Dogs jump around and roosters waddle through like kings of the neighborhood. I have no idea if these people are actually happy: if they wish things were different or are feeling sad or have a heartbreaking problem to solve. But they seem happy, and that is no small thing.
After a few minutes I turn onto my quiet street: empty of people, cars, or animals and populated only by a 6-foot pillar of dirt on the corner made by patient, unseen termites. I rejoin smooth paved road, press the remote button for the metal gate around my house to slide open and let me in. It is much less exciting on my side of the neighborhood, although at least I know I will soon be greeted by a delighted smile and hug from my daughter who I missed at work all day. I step up onto my wide front porch and a cloud of translucent dead moth wings like bits of tissue paper swirls in a gentle funnel around my skirt, settling with a sigh onto the stone as the heavy front door closes behind me, and I’m home. 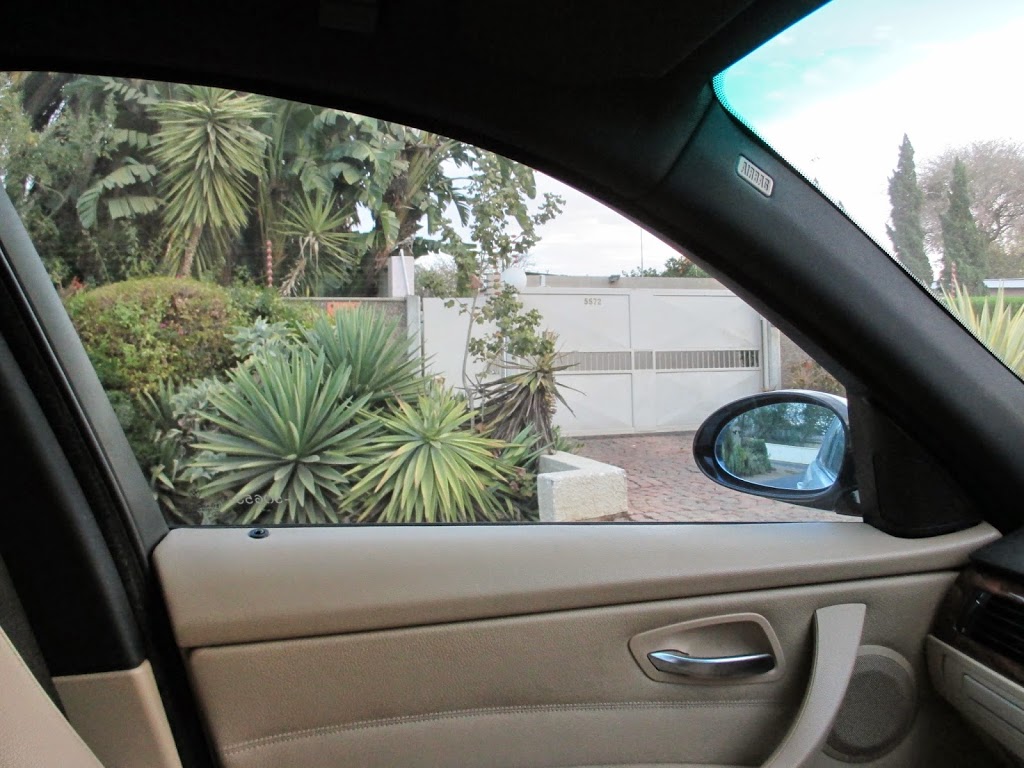